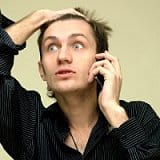 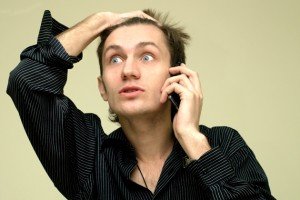 It’s about to explode – The whole the myth that cell phones, and don’t let’s ignore cordless phones, are harmless. And it’s about time. Watch out for class actions and companies being forced to answer for their actions and create safer technology.

Italy’s Supreme Court has upheld a ruling that said there was a link between a business executive’s brain tumor and his heavy mobile phone use. Italy’s lead potentially opens the door to the flood gates opening of legal claims.

The Italian Company director Innocenzo Marcolini developed a tumor in the left side of his brain after using his mobile phone for 5-6 hours a day for 12 years. He normally held the phone in his left hand, while taking notes with his right hand.

The ruling follows a monumental study that found a massive 290% spike in brain tumor risk after using a cell phone for 10 years. The study was conducted between 2005-2009 by a group led by Lennart Hardell, a cancer specialist at the University Hospital in Orebro in Sweden. The court said the research was independent and “unlike some others, was not co-financed by the same companies that produce mobile telephones”.

“I wanted it recognised that there was a link between my illness and the use of mobile and cordless phones… Parents need to know their children are at risk of this illness.” Said Marcolini

Marcolini’s statement was also backed by professor Angelo Gino Levis, a highly recognized oncologist and educator of environmental mutagenesis. Coupled with neurosurgeon Dr Giuseppe Grasso, Levis explained to The Sun newspaper that the ruling will open the door to consumers affected by cell phones to take action. Discussing a potential future lawsuit against cell phone companies, Levis seemed very optimistic over the future of the ruling. He said:

“The court decision is extremely important. It finally officially recognises the link. It will open not a road but a motorway to legal actions by victims. We’re considering a class action”

Interestingly Apple and some other companies have warnings in their manuals that the phones can cause serious problems and recommend holding it a couple inches away from your head.

What more is there to say!