Is electricity making us fat? 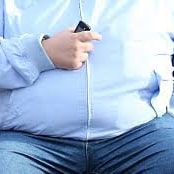 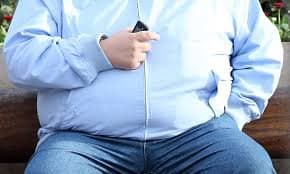 Figures show that more than 60% of the U.S. population is overweight, with 25% to 33% of adults classed as obese. The primary suspects have been lack of exercise and a poor diet according to most experts.

But what if the cause of this epidemic was something else entirely – something closer to a principle subject on this website? Could dirty electricity / electro-smog / EMF be a primary cause of the obesity epidemic.

The answer to these questions is yes -at least according to Samuel Milham, MD, MPH, author of a new study on the link between obesity and exposure to dirty electricity (a form of electromagnetic field pollution).

According to Dr. Milham’s study just published in Electromagnetic Biology and Medicine, EMFs (in the form of dirty electricity), are contributing not only to obesity, but to a myriad of other health concerns affecting people in modern society.

Dr. Milham found evidence of the link between dirty electricity exposures and obesity and diabetes through analyzing worldwide health metric data. He noticed that many small islands known for having the highest BMIs (marker for obesity), worldwide in addition to the highest incidence of diabetes commonly used an alternative source of energy – diesel generators, known to be a major source of dirty electricity.

In his book Dirty Electricity: Electrification and the Diseases of Civilization, Dr. Milham reveals that as electricity spread throughout the United States in the 20th century, so did other diseases of civilization including:

The chances of it being a coincidence that locations utilizing less electricity have the lowest levels of these exact same diseases are remote.

When comparing EMF / dirty electricity exposure of the Amish and non-Amish populations in the U.S.A the findings are pretty clear. The Amish people are known for their lack of dependency on electricity. The consequence of this is a population with half the rate of diabetes and cancer and virtually no obesity or ADHD.

More recent findings relating to a reduction of or less exposure to dirty electricity found:

• The number of children requiring albuterol (asthma inhalers) decreased from 37 to only three in one U.S. schoolhouse.

• A lower risk of cancer for California middle-school teachers.

My take on this is that EMF causes stress on the body and that enough stress starts to set off a whole lot of consequences depending on the genetic make-up of the individual. Also, one of the reasons that the body stores fat is to protect itself from external threats. A major source of stress such as EMF would certainly be classified by the body as such a threat.

Causes of insomnia and cures for insomnia

Be the first to comment “Is electricity making us fat?” Cancel reply