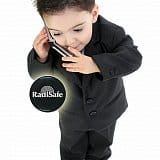 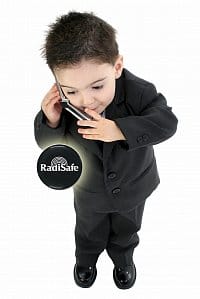 According to the published interphone report released in May this year (2010) there is no increased risk associated with cell phone use of contracting either one of the two most common forms of brain cancer – gliomas and meningiomas (Gliomas are a type of brain tumour arising in cells of the brain. Meningiomas arise from cells that make up the covering around the brain).

The report does, however, state that heavy users, those who use their phones for more than 1,640 hours a month, show a 40% increased risk of getting a glioma tumor.

Now I remind you that there are three types of lies: lies, damned lies, and statistics. Statistics are like rubber bands – use the right maths and they will bend any which way you want them (climategate hockey-stick anyone!). This study is at odds with the results of an earlier 7 year study by the cell phone companies themselves which concluded 500-1000 minutes of use a month over 10/12 years could double or triple your chances of contracting brain cancer. The cell phone companies didn’t want the results published by their researcher Dr. George Carlo but there was no stopping this man of integrity.

Dr. Carlo has continued to do further studies, one of which which projects that 500,000 a people a year will contract brain or eye cancer as a direct result of cell phone use (based on 2010 projected usage). This matches well with anecdotal input from many brain surgeons experiencing an increased work-load dealing with tumors showing up on the side of the head used for cell phone communication. Many of these cases involve children.

Another piece of information pertinent to this subject is that brain tumors have a latency of 15 – 30 years. Uh oh! This means that many people on the study could still be up to 20 years away from getting cancer as a result of the monitored cell phone use during the survey!

Oh, and children were not included in the interphone study by the way! Research has shown that cell phone radiation penetrates about three times as far into the heads of children than adult heads.

And what about other health considerations? EMF / EMR exposure has many known symptoms other than brain tumours. Cell phones don’t seem to cause these 2 types of brain tumors so they must be ok, right? That’s like saying this snake-infested jungle has no cobras in it so it must be safe!

Cell phones are a great source of EMF radiation to the body and form a major part in our massive exposure to radiation.

The real study is ongoing. It involves every one of us on planet earth as unpaid compulsory participants (guinea pigs) in a great big radiation-exposure experiment. Perhaps if more than half of us survive they will deem EMF safe and roll out another wave of cell-phone towers!

Have a low radiation day!

Be the first to comment “Do cell phone cause brain tumors? – The WHO Interphone 10 year study concludes.” Cancel reply