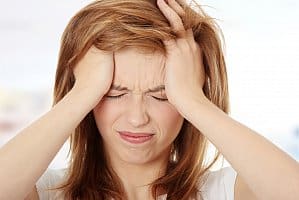 A small town in West Virginia has banned wi-fi and is proving a popular with people suffering from electromagnetic hypersensitivity – a condition in which sufferers become physically ill with EMF exposure.

According to Britain’s Daily Mail, these “Wi-Fi refugees” are making the move to Green Bank, a tiny place located inside the U.S. National Radio Quiet Zone which was established by the FCC in 1958 to “minimize possible harmful interference to the National Radio Astronomy Observatory” located there.

Many of those heading to Green Bank are suffering painful symptoms when they are near cell phones or any Wi-Fi devices– complaining of burning skin, chest pains and bad headaches, amongst other symptoms.

Sufferers of electromagnetic hypersensitivity (EHS) who have made the move say that living in Green Bank has led to a dramatic easing of their condition.

The Daily Mail reported, as of last year (2012), 36 people claiming symptoms of the condition had moved there – enjoying freedom from cell phones, wireless hotspots and TV and radio transmissions.

One of them, Diane Schou, came nearly 1,000 miles, from her previous home in Iowa adding to the 147 people living there already.

“I used to be sick all the time when I lived in Iowa. I was in constant pain,” she told the Mail. “If anyone came near me with a cell phone or a device with Wi-Fi I would be in agony.”

“But since I’ve moved to Green Banks the illnesses have cleared up,” she said.

The Mail correctly reports that Sweden has recognized EHS as a legitimate condition and sufferers there can claim public benefits assistance the same as if they had other disabilities. Sweden is the only country to have recognized EHS as real.

EHS is characterized by a variety of non-specific symptoms, which sufferers attribute to exposure to electromagnetic fields. The symptoms most commonly experienced include dermatological symptoms (redness, tingling, and burning sensations) as well as neurasthenic and vegetative symptoms (fatigue, tiredness, concentration difficulties, dizziness, nausea, heart palpitation, and digestive disturbances).

How to Relieve Insomnia Without Drugs.

Be the first to comment “Allergic to Wi-Fi in America? Pack your bags for West Virginia!”