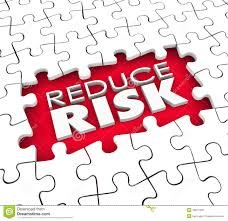 “The voluntary exposure of the brain to microwaves from hand-held phones (is) the largest human biological experiment ever.”

The research on cell phones is mixed and depends who is funding it as to whether there is a bias or not. Dr George Carlo, who interestingly was the former chief scientist of the cell phone industry’s $28 million safety research project, believes that we could be heading towards a major crisis in healthcare. Because of the rising power of cell phone technology, he believes, we could be on the precipice of 500,000 brain and other cancer cases each year.

Extensive research has also linked cell phone use, to a wide range of ailments that include increased headaches, depression, high blood pressure, earlier onset of Alzheimer’s and Cancers.  By not taking note of these facts, we are being irresponsible if we don’t limit our exposure. Or protect ourselves in the circumstances when we can’t.

There are ways that we can limit our risk of cellphone and cordless phone damage:

•Limit the time spent on your phone. Reduce cell phone use by only making necessary calls.  When you must make calls keep them short and use the speaker instead of holding it to your ear if possible. This will stop the iodizing radiation being beamed into your head.  Research shows that a two-minute call can alter the natural electrical activity in the brain for up to 1 hour.

•When speaking on a cordless phone use the speaker function if possible. If you can’t, limit the length of your call. It is not safer than a cell phone.

•By using a RadiSafe phone shield you are reducing the radiation from your cell phone by a minimum of 80%.

•Text whenever you can. Not whilst driving of course – that’s a no-brainer.

•EMF waves that are emitted by your phone during normal usage (phone to your ear) are most often absorbed by the temporal lobe of your brain, this part of your brain handles hearing, formation of long-term memory, auditory processing and vision. Use the speaker or an approved headset.

•The electromagnetic waves emitted by your phone are absorbed by soft tissue, so when you are using it don’t put it on your body or waist.  Research shows that men that wear their phones near their waist, or in their trouser pockets may see their sperm count reduced. Never carry your phone in your bra or breast pocket. Cancers have been discovered in the exact places that cell phones have been carried.

•Cell phones can affect the heart – so don’t carry your cell phone on your body in the heart area.

•Carry your phone in a Blockit-Pockit when not in use and this will stop any radiation into your body.

•Avoid using your cell phone in an elevator or your car it cuts the signal strength to your phone and forces it to use more power to connect.

•Always support your body with your diet. Anti-oxidants such as catalase, glutathione, Coq10, Melatonin, Zinc and Gingko Biloba are good supplements.

We may not want to live without our cell phones but is better to use them wisely than not be able to live with them.

W-Fi in Schools – a precautionary approach.