2020 has thrown a number of obstacles our way – some of which were entirely unexpected, while others – and, in particular, the rollout of 5G – had been lying on the horizon long before 2019 drew to a close.

The year is far from over, however, and despite the innumerable setbacks – both global and personal – that we have all encountered over the past months, there remains some progress to be seen.

Fears over the growing proliferation of 5G within our day-to-day lives are spreading rapidly, and those who may never before have considered the impact EMFs are having on our collective ability to lead long and healthy lives have been altering their worldviews seemingly en masse.

Protests and widespread opposition as far reaching as Switzerland, the UK, and Germany have served to undermine the progress of 5G across Europe. Similarly, in Brussels, work has been suspended in reaction to the collective concern of the public, scientific bodies, and government.

What’s more, this progress has been documented by various high-profile news outlets around the world, which has enabled this vital information to disseminate around the world, and many more people to think more critically about the true motivations behind so-called technological progress. 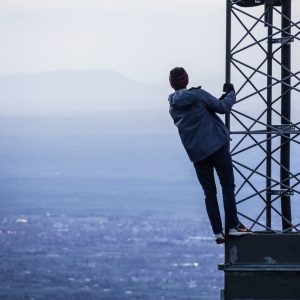 As a topic of concern, EMF has remained largely muted within mainstream reporting for many years. At the top of the chain, tech giants and global corporations continue to support their products with outdated and, by modern standards of exposure, near-useless guidelines for EMF safety levels.

It is, of course, in their best interests to support these tired claims, and to prevent their near-global consumer base from growing cautious of the technology they have rapidly come to take for granted. This fact has not changed – rather, it has grown truer in light of the widespread pushback against 5G.

The change stems from the public’s altering perception of the threat. What has prompted this swift change of course for so many people remains, at this early stage, open to interpretation. It is likely due, at least in part, to the lack of clarity and transparency surrounding the global pandemic and, on a related note, a growing concern for the incompatibility between our modern lives and our wellbeing.

Rather than the sense of unanimous support one could gather from mainstream media just a year ago, there is a sense of fragmentation and genuine concern for the future, and what it might hold for all of us if we continue in this specific vein of ‘progress’ as it has been planned for us. The impact EMF is having on our lives is being documented by news sources that, just a few years ago, would not have shown any positive interest in these topics at all.

This changing perception is captured perfectly within the EMF Scientist Appeal of 2017, in which more than 230 scientists expressed palpable fear over decisions to continue on with the rollout as planned. In their appeal, they warn of an indomitable crime against humanity – one that will slip into our lives insidiously, and wreak havoc largely undetected, if nothing changes.

What Should We Expect to Happen?

These changes elude to a much greater shift currently occurring in communities around the world; as a collective, we are growing ever more frustrated with policies and practices that prioritise a hollow, objective sense of progress and advancement over our health, wellbeing, and lives.

The growing ubiquity of EMF-awareness certainly sheds a ray of hope onto life as we know it – and the future we had begun to fear as a reality. It does not, however, pose any guarantees just yet. In other parts of the world, 5G is already a terrifying reality, and continued support from great swathes of the public as only adding fuel to the fire for those of us who know the risks.

We can continue to offer the facts to anyone who will listen. Our argument is supported on a growing bedrock of unbiased and peer-reviewed research from the scientific and medical communities. Those who continue to dismiss the evidence must call upon on outdated presumptions that hold no place in modern life, and that do not stand up to scientific scrutiny.

Until policies begin to prioritise our health, however, our best defense is to prioritise it ourselves. Whether the threat remains the same for now, or 5G continues its supersession over the coming months, the only recourse we have against radiation is utilising EMF protection that offers effective and continuous shielding against the very source of the problem.

No one can be sure how the battle against – and for – 5G will end. It may be that progress will be stopped due to overwhelming demand for greater insight into the long-term psychophysical impacts, or, alternatively, the rollout may persist against the turning tide of public perception.

What we do know, however, is that 5G has already proven itself to be a catalyst for change. More so than ever before, the public is asking questions, drawing conclusions, and expressing fears that stand in direct contrast to the loud majority offering empty promises and reassurances.