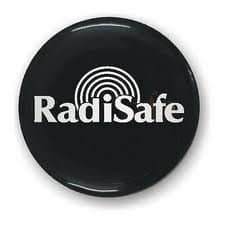 Anything any good is going to be copied. We all know that. But when a copy is merely a copy without the function then we have something quite different. In my book that’s fraud.

RadiSafe are the best and most tested phone shields on the market – and they have been copied. But only cosmetically because when inspected and dissected they are but lumps of plastic with a metal adhesive backing, which was not even sticky enough to stick on my phone.

The public have have duped again. But buying a fake handbag or watch is one thing, buying a fake EMF protective shield for your cell or cordless phone is ……………………. unethical and downright dangerous. After all we are talking about protecting health, wellbeing and even lives.

If your RadiSafe is offered at an unbelievably low price it is most probably fake. After all lumps of plastic in a cardboard sleeve are dirt cheap to produce. A bargain isn’t a bargain if it’s useless!

Look for the hologram on the packaging of the RadiSafe, If there isn’t one it a RadiSafe copy – fake and useless. If the hologram is there you are safe and can stick your RadiSafe onto your phone with confidence.

Be careful. Check out the photo comparisons below.

Fake on right has a slimmer profile (about 1.5 mm) and is solid plastic with metal backing. Genuine on left is fatter at about 3mm and contains minerals. 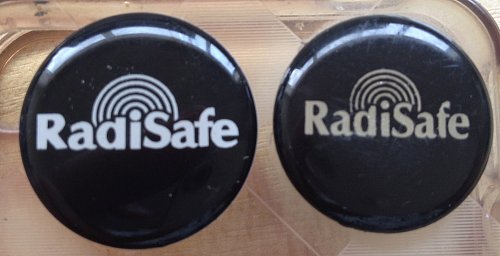 Fake on left has a larger diameter at 23mm (genuine about 21mm). Font slightly different. 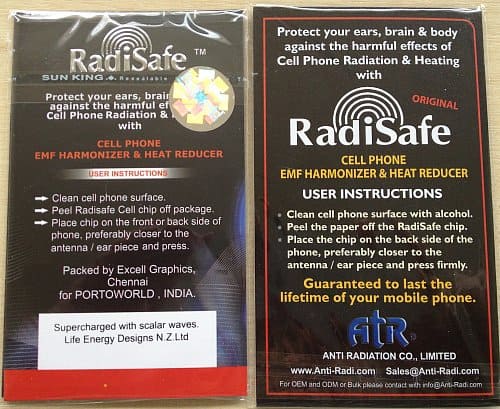 Genuine on left has hologram and raised, embossed text. The fake ironically has “original” marked on it. 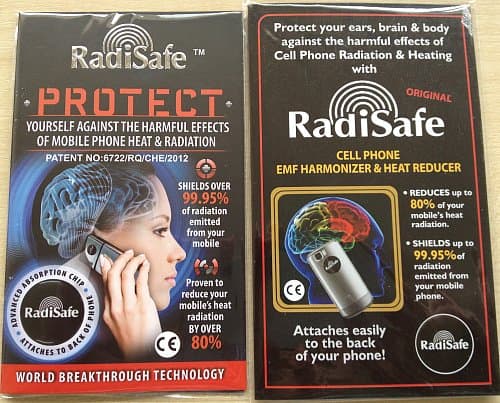