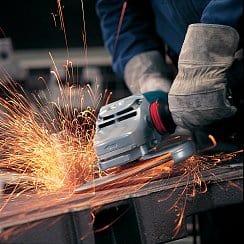 We may be aware of Electromagnetic field radiation at home but don’t give it any consideration at work.

It isn’t just at home that we are bombarded with Electromagnetic fields, or EMFs, they occur at work, and may be even worse. Wherever there is a flow of electricity the result is non-ionising radiation. So, whether you’re using a computer at work or home, using power-tools at work or home, watching television, boiling a kettle or using your mobile phone, you are creating an electromagnetic field and the higher the voltage, the stronger the field.

Our own bodies produce their own electrical activity but it’s when we are presented with EMF radiation from our appliances, tools, overhead power cables, electrical wiring in buildings, computer terminals, Wi-Fi etc,etc all confined in one space – be it home or work which adversely affect us and gives cause for concern.

It is the prolonged exposure to oscillating electric and magnetic fields that affects body tissue. Electric fields cause body cells to vibrate and to heat up at high frequencies and in oscillating magnetic fields, electric currents are generated in body tissue which acts as a conductor. Combined with this the electric changes in our own body cells and tissue causes dust particles as well as charged gas molecules to be attracted to these parts. In short EMF upsets our finely balanced energetic systems no matter where we are exposed to it.

Prolonged high exposure to electromagnetic fields can impair the body’s immune system which lessens the capability of your body’s white blood cells to kill off tumours and combat disease and research has shown that this can also have adverse effects on your central nervous system, glands and the brain which are connected to certain types of cancer and serious illness.

So be aware that at work, whether in an office, shop, workshop or building site the equipment used is probably giving off more Electromagnetic radiation than you would be getting at home. Anything with motors creates high levels of EMF – power-tools, sewing machines, hairdryers, chainsaws to name only a few. In an office of course there are banks of computers and beware of photo copying machines they give off such high levels of electromagnetic radiation they are lethal and should have a health warning all on their own.

So if you have fatigue, regular headaches, an inability to concentrate for long periods, depression, stress and anxiety, trouble sleeping or experience any odd incidences of memory loss seriously consider the levels of EMF radiation you are being exposed to. And take action.

If you have a p.e.bal at home you are well protected but are you protected at work?

Employers please be responsible and recognise the levels of EMF radiation that your employees are being subjected to. Take action and protect them as much as possible.

PS Back in 2004, the European Parliament implemented a new Directive which aimed to protect the health and safety of workers from the dangers associated with exposure to EMFs. It places a responsibility on the employer to conduct a Risk Assessment and to calculate EMF strengths as well as aiming to reduce or eliminate the risk of exposure wherever possible in addition to a number of other measures. Sadly, this is only a Directive at present and the European Commission announced, back in October 2007, that they were postponing the deadline for introducing legislation with regards to workers’ exposure to EMFs from 30 April 2008 to 30 April 2012 and last year it was extend¬ed to 31 Octo¬ber 2013. And so it goes on…….

Why, oh why is it taking so long for the dangers of EMF to be given the priority it should have – for all of our benefit?.

What do renowned world scientists have to say about EMF to the UN?

Be the first to comment “Electromagnetic fields in the workplace”