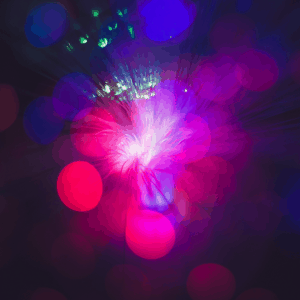 Human progress is both a blessing and a curse. We reshape the world, and in doing so we alter the delicate balance that makes it a miracle compared with the countless other planets in our solar system. Heedless progress has proven itself time and time again to be untenable; making life easier for ourselves with technology will, ironically, make it virtually impossible in the near future.

Pollution comes in many different forms. Among the worst offenders — of which our modern way of life is responsible — are particulate matter, ozone, nitrogen and sulfur dioxide in the air; plastic, oil, volatile organic compounds, radioactive material and heavy metals in the oceans; pesticides and leachate in the land. Some make themselves more known than others. We are growing evermore used to images of smoggy cities, melting ice caps, oil-slick water, and beaches that are overrun with refuse and non-biodegradable detritus.

Change is happening, but without a global effort, it is limited. What’s more, it is continuously hampered by the ulterior motives of corporate giants and sceptics alike — those who do not see the danger as they go about their everyday lives, or for whom saving the world is an inconvenience, and so do not worry.

Unfortunately, what we see is merely the tip of the iceberg. Outside the cities and away from the oceans, our air is bristling with an unseen and highly dangerous pollutant: electrosmog. This pollution is being emitted within our own homes, schools, shops and businesses around the clock, and it has devastating consequences for us all.

Electrical pollution does not create the vast, black clouds of toxic air that we associate with contamination. If it did, we would all be fumbling through the dark every day, for our Wi-Fi, mobile networks, computers, phones, home appliances, electronic grids — and many other ever-present pieces of technology — are continuously piping electrosmog into the world. And, unfortunately, as a result of our continued technological progress, the amount of electrosmog to which we are exposed is growing exponentially.

This is not an issue limited to the epicentres of major cities or production plants; this is an issue for the people who feel safe at home or detached from the terrors that haunt our news headlines.

Our bodies absorb extremely high levels of EMF radiation, which interrupts the energetic system and causes a wide range of side effects with varying degrees of severity. It is responsible for many of the illnesses and ailments that afflict us throughout our lives, from insomnia, headaches, lethargy and lack of concentration to depression, compromised immunity and melatonin production, and cancer.

Why Has it Been Ignored?

There are many potential explanations for the widespread dismissal of EMF radiation, but arguably the most common is that most of us do not wish to ‘give up’ our modern way of life for an invisible and undetectable threat.

Many people believe that admitting to danger will mean renouncing their gadgets and modern conveniences and returning to a more primitive way of life. This creates an unnecessary polemic between those who seek to protect themselves and their loved ones, and those who don’t, which has never been more clear than in the debate over the rollout of 5G.

There is, however, an alternative — one which softens the dissonance between health and progress and aims to promote safer and more mindful progress.

How Do We Keep Safe?

We cannot protect our bodies from EMF radiation by wearing a face mask, or even by banishing technology from our homes entirely. We are exposed to the radiation being emitted by our neighbours and workplaces, in addition to our cars, trains, planes and the shops we visit. Similarly, if 5G gains a foothold within our communities, there will be a catastrophic rise in electrosmog across the globe.

While there are certain steps we can take to lower our exposure — from using a wired headset when talking on our cell phones to turning off the Wi-Fi when we are not using it — none of us can afford to live our lives without effective EMF protection.

EMF protection is strong enough to create a shield against electrosmog. Personal and zone EMF protection products contain powerful technology that is capable of keeping our immune systems protected, and ensuring our body is able to function in the way it should.

Much of the pollution we now share our lives with depends upon proactive measures, from recycling our trash to challenging large corporations who seek profit over sustainability. The issues raised by electrosmog are no different, although the solution is; confronting the issue, raising awareness, and developing new practices such as carrying EMF protection wherever we go offer feasible and simple solutions to one of the most acute threats facing our generation.

The 5G Alarm Clock – Waking up to a new humanity.

Be the first to comment “EMF Radiation: The Forgotten Pollutant” Cancel reply