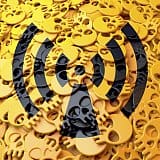 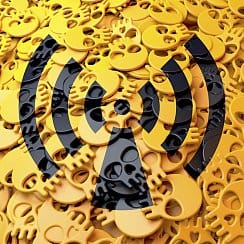 EMF is part of the world we live in – there is no avoiding or escaping it. Fact. It is good to know where frequency and intensity of EMFs is worse. Hotspots.

Here are five of the many EMF hotspots that we probably can’t avoid. Places where we should take extra precautionary measures to protect ourselves.

OFFICES are one of the top of the EMF hotspot list. People crammed into tiny cubicles close to computers, and electronic equipment/devices. Photocopiers emitting EMFs off any scale. Wi-Fi of course. Cell phones everywhere.

WORKSHOPS AND FACTORIES have electric motors and these emit very high levels of EMF. They are overlooked when people are focused on the usually considered dangerous EMF sources like laptops, tablets and cell phones. A study proved that sewing machines caused a high incidence of cancer in their operatives. How innocent does a sewing machine seem? Or a power tool?

SCHOOLS are real hotspots of EMF with little concern for the safety and wellbeing of the pupils, or teachers. Wi-Fi, computers, tablets, cellphones, lighting, wiring and sometimes even cell phone towers on the roof or very nearby. Children are more vulnerable to EMF than adults and need extra care and protection.

The generally accepted measurement for EMFs becoming dangerous is 1 mill gauss (MG). Most laptops emit 2-3 mG at 12 inches from the screen and cell phones, up to half an inch away project 2-3 mG. Multiply this by all the electronics found in an office, school or workshop and you have an EMF soup – that is poisonous for human consumption.

MOTOR VEHICLES are used daily and probably for several hours when each journey is added up.

The amount of EMFs present whilst sitting in the drivers and passengers’ seats of a non-electric car have been measured at as much as 2-3 MG, with the back seat being the safer option at under 1mg.

AIRPLANES are a common, convenient way to travel in our fast-paced age – but- have you ever considered how injurious to our health each journey is?

Some EMF generating sources on airplanes:

Measurements taken randomly inside the planes whilst in flight revealed dangerous radiation levels that sometimes exceeded 50 milligauss (mg). If you compare that to the levels deemed safe by the EPA – 0.5 to 2.5 mG – that is 20-100 times more than the “safe” exposure levels of radiation from a chest X-ray!

Flying at 30,000 feet also eliminates the natural EMF protection we receive from the Earth!

Of course, there are many more hotspots I could mention that have their own EMF dangers. Hospitals, shopping Malls, even our own homes. EMF is relentlessly everywhere and on the increase. Awareness, caution, common sense, prevention and limitation are all needed in this age of assault on our immune systems and there for our health.

Few U.S. Senators are waking up to the reality of destructive radiation from Smart meters

Be the first to comment “EMF Hotspots to watch out for.” Cancel reply