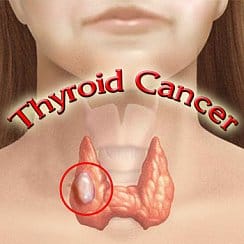 Israeli scientists have found a possible link between the radiation from cellphones and thyroid cancer. In recent years there has been a steep rise in rates of thyroid cancer in Western countries.

In one experiment, human thyroid cells that were collected from healthy patients were subjected to radiation from a device that had been designed for the study that simulated the electromagnetic radiation emitted by cellphones.

The irradiated thyroid cells proliferated at a much higher, statistically significant rate than non-irradiated cells in the control group. A second experiment using different methods and materials gave similar results.