Are Drugs Harmful After Their Expiry Date? 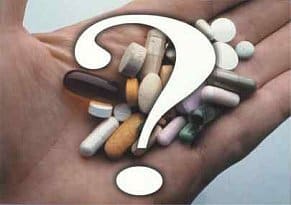 The pharmaceutical Industry as we all know is huge. Its control is also further reaching than we will probably ever know. Cures are suppressed because it would cost them too much in lost profits and so too it seems is the information as to what happens to the safety of drugs after their expiry date.

Maybe this means less in the western world than in developing countries where an ‘expired’ drug could save a life. When we lived in Kenya we saw first hand the struggle of people to pay for and receive treatment and drugs and the hardships of dedicated doctors trying to do their job efficiently with so little recourses.

It was our friend who was also our doctor when we lived there that sent me this information. It may not be life or death to most of us, but it does wake us up to how the pharmaceutical industry keeps us in the dark and as a result extends their power over us!

From ‘Try an Experiment with Your Mother-In-Law’

Does the expiration date on a bottle of a medication mean anything? If a bottle of Tylenol, for example, says something like Do not use after June 1998, and it is August 2002, should you take the Tylenol?

Should you discard it? Can you get hurt if you take it? Will it simply have lost its potency and do you no good? In other words, are drug manufacturers being honest with us when they put an expiration date on their medications, or is the practice of dating just another drug industry scam, to get us to buy new medications when the old ones that purportedly have expired are still perfectly good?

These are the pressing questions I investigated after my mother-in-law recently said to me, It doesn’t mean anything, when I pointed out that the Tylenol she was about to take had expired 4 years and a few months ago. I was a bit mocking in my pronouncement — feeling superior that I had noticed the chemical corpse in her cabinet — but she was equally adamant in her reply, and is generally very sage about medical issues. So I gave her a glass of water with the purportedly dead drug, of which she took 2 capsules for a pain in the upper back. About a half hour later she reported the pain seemed to have eased up a bit. I said; you could be having a placebo effect, not wanting to simply concede she was right about the drug, and also not actually knowing what I was talking about. I was just happy to hear that her pain had eased, even before we had our evening cocktails and hot tub dip (we were in Leisure World, near Laguna Beach, California, where the hot tub is bigger than most Manhattan apartments, and Heaven, as generally portrayed, would be raucous by comparison).

Upon my return to NYC and high-speed connection, I immediately scoured the medical databases and general literature for the answer to my question about drug expiration labeling. And voila, no sooner

than I could say Screwed again by the pharmaceutical industry, I had my answer. Here are the simple facts:

First, the expiration date, required by law in the United States, beginning in 1979, specifies only the date the manufacturer guarantees the full potency and safety of the drug — it does not mean how long the drug is actually good or safe to use.

Second, medical authorities uniformly say it is safe to take drugs past their expiration date — no matter how expired the drugs purportedly are. Except for possibly the rarest of exceptions, you won’t get hurt and you certainly won’t get killed. A contested example of a rare exception is a case of renal tubular damage purportedly caused by expired tetracycline (reported by G. W. Frimpter and colleagues in JAMA, 1963; 184:111). This outcome (disputed by other scientists) was supposedly caused by a chemical transformation of the active ingredient.

Third, studies show that expired drugs may lose some of their potency over time, from as little as 5% or less to 50% or more (though usually much less than the latter). Even 10 years after the expiration date, most drugs have a good deal of their original potency. So wisdom dictates that if your life does depend on an expired drug, and you must have 100% or so of its original strength, you should probably toss it and get a refill, in accordance with the clichÃ©, better safe than sorry. If your life does not depend on an expired drug — such as that for headache, hay fever, or menstrual cramps — take it and see what happens.

One of the largest studies ever conducted that supports the above points about expired drug labeling was done by the US military 15 years ago, according to a feature story in the Wall Street Journal (March 29, 2000), reported by Laurie P. Cohen. The military was sitting on a $1 billion stockpile of drugs and facing the daunting process of destroying and replacing its supply every 2 to 3 years, so it began a testing program to see if it could extend the life of its inventory. The testing, conducted by the US Food and Drug Administration (FDA), ultimately covered more than 100 drugs, prescription and over-the-counter. The results showed that about 90% of them were safe and effective as far as 15 years past their original expiration date.

Nu-Me worn by celebrity on TV

Be the first to comment “Are Drugs Harmful After Their Expiry Date?”