It is growing increasingly difficult to remember a time when cutting-edge technology did not feature in every aspect of our lives – although it is only over the course of the last two decades that these devices, from smartphones to artificially intelligent glasses, have burst onto the scene taken a central significance around the world.

As a result, while the term ‘wearable tech’ remains new, its importance has grown considerably over the past few years. The technology 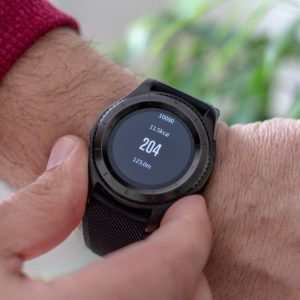 industry has created a market looking for the very height of convenience – one which subsists on the promise than EMF radiation poses no issue to our health.

In North America alone, the number of wearable devices in circulation increased by more than 178 million between 2015 and 2017, and with the recent releases of a new generation of Apple Watches, FitBits and Galaxy Watches, we can only anticipated yet another significant increase in the device’s userbase.

While motion sickness remains the predominant theory behind this, we know that these side effects are all frequently attributed to EMF radiation – and researchers feel the same way, as studies are already being undertaken to ascertain why VR causes feelings of malaise, and more than 60% of users experience some “symptoms of malaise” during use of the technology.

The device is placed over the wearer’s head, which means that considerable doses of EMF are being continuously absorbed into the brain – a terrifying thought for anyone who has ever witness this piece of tech in action.

Our health and wellbeing can only be supported when we adopt habits and utilise technology that do not pose their own threat to us. There is, simply, no use in a device which will alert us to small changes in our resting heartrate if they are continually poisoning our bodies with EMF radiation, and exposing our risk of health complications as devastating as cancer. It is a small convenience with a high risk of horrifying consequences.

Personal EMF protection represents the perfect antidote. Devices such as EMF protection necklaces and offer the same convenience as wearable tech – though, instead of offering minor expediency at an unquantifiable cost, they offer robust and continuous protection against one of the greatest threats currently bearing down on the modern age.