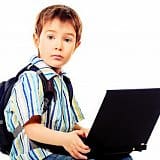 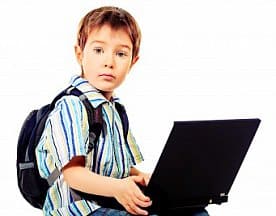 Children are suffering from EMF radiation – whose responsibility is it?

Does your child have any other of these symptoms or medical conditions?

Have you investigated the possibility that they could be caused by exposure to EMF, electromagnetic radiation? Your doctor probably won’t and will just prescribe drugs but until the possibility of this being the cause is look at you won’t know if there can be a cure.

In May of 2011 based on the latest research, The World Health Organization classified electromagnetic fields as a Class 2B Carcinogen along with Lead and DDT. That sounds pretty serious to me. So why don’t current FCC guidelines for electromagnetic radiation cover children? Why are schools allowed to expose our kids to Wi-Fi?

Sweden, unlike the majority of the world, recognises electro sensitivity as a medical condition. This was published by the Department of Neuroscience, Karolinska Institute (Nobel Prize Institute) Stockholm, after research by Scientists on radiofrequency radiation from wireless technologies

“Current US (Canada) and ICNIRP (and most of the world) standards for radiofrequency and microwave radiation from wireless technologies are entirely inadequate. They never were intended to address the kind of exposures from wireless devices that now affect over 4 billion people.

The combined effect of cell phones, cordless phones, cell towers, WI-FI and wireless internet place billions of people around the world at risk for cancer, neurological disease and reproductive and developmental impairments.

We are already seeing increases in health problems such as cancer and neurobehavioral impairments, even though these wireless technologies are fairly new in the last decades or so for the general public. This finding suggests that the exposures are already too high to protect people from health harm.

The Scientific Panel urges a halt to the rollout of new wireless technologies, especially those that cause exposures for pregnant women and for children.”

So as responsible adults – parents and grandparents shouldn’t we looking at the health of our children, and how it is affected by the environment that they learn and live in. Love is not enough they need protecting too, those that govern obviously aren’t taking responsibility – so it is up to us.

Links to other blogs including http://http://lifeenergysolutions.com/blog/emf-in-schools/

Children are especially vulnerable to WiFi radiation because their nervous systems and brains are still developing. Also their skulls are thinner and smaller, so the radiation penetrates more deeply into their brains.

Be the first to comment “Children and EMF Radiation”