What do Brazil researchers know about cell tower radiation and cancer that your doctor won’t tell you? 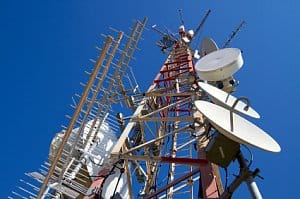 The Brazilian Society for Progress Science (Sociedad Brasilena para el Progreso de la Ciencia.) looked at all incidences of cancer deaths that they knew could be related to EMF exposure * in the town of Belo Horizonte in Brazil.

The researchers looked the period between 1996 and 2006 and mapped cancer deaths to the locations of victims’ homes relative to 300 cell towers in the city. What they discovered was startling to say the least:

81 percent of people who died in the city from the known EMF-related cancers within the 10 year period lived within 500 metres of a cell tower.

The following chart shows this in more detail. 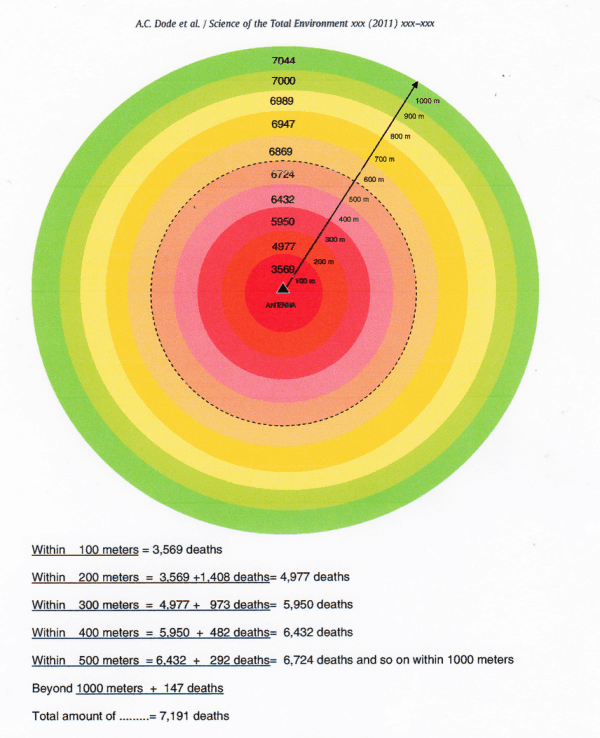 Researcher Dode also made a statement about mobile phones themselves:

Dode went on to recommend more restrictive laws such as those employed in Switzerland and Italy relating to cell tower outputs and proximity to housing. He also said that current legislation setting emission limits for electromagnetic radiation is not based upon health criteria, but solely upon industrial, economic and technological criteria.Dode also recommended the use of a cellular headset to keep the unit away from the body, and to ban the use of mobiles by children and in places such as schools and hospitals.

We would add to Dode’s recommendations that if you live anywhere near a tower that you have at least one P.e.bal in the house and that if you use a cellphone to make or receive calls regularly you use a RadiSafe cell protector

Are you in the Christmas Spirit?

Be the first to comment “What do Brazil researchers know about cell tower radiation and cancer that your doctor won’t tell you?”