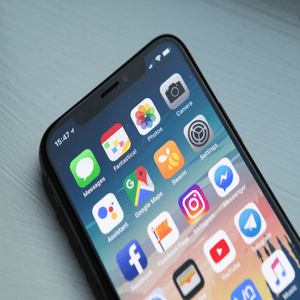 Since the early 90s, worries have been mounting over the dangers of cell phone use, and the direct absorption of electromagnetic frequencies (EMF) into the brain. Despite concerns, cell phones have continued to undergo rapid technological advances, creating a global market worth more than $355 billion for smartphones alone, and worldwide usage rates of approximately 3.5 billion.

With almost half the world’s population owning a cell phone, the significant risks to our health and wellbeing should be common knowledge, and continued usage should occur only at the discretion of the user. Unfortunately, this is not the case.

Those who have recognized the risks continue to attempt to disseminate the information, but whether continued ignorance is a result of cell phone companies using their influence to downplay the danger, or users choosing to ignore the risks for the sake of convenience — or, of course, a mix of the two — many people continue to expose their bodies to devastating levels of EMF each and every day, without any cell phone radiation protection in place.

An investigation conducted in the summer of 2019 found that the danger may be far greater than any of us have so far believed. Using some of the most popular devices on the market, their results shed yet more light on the considerable health risks posed to us by the seemingly innocuous devices many rely on every day.

What Happened in Testing?

The Chicago Tribune issued an independent and FCC compliant investigation into a number of cell phones, including the iPhone 7, which dominated global smartphone sales in 2017. Using simulated human tissue, Jay Moulton compared his own measurements of EMF emissions with the original data supplied by the phone’s manufacturers to the FCC. This data is a legal requirement for new cell phone models and must fall below what is considered the maximum ‘safe’ level of exposure for humans not using any cell phone radiation protection, such as the RadiSafe radiation blocker.

The investigation was extensive, and the results varied. Most notably, the iPhone 7 was found to have exceeded both the data reported by the manufacturer to the FCC and the legal safety limit.

The results were disputed by Apple, as the investigation looked into exposure levels when the phone was stored within 2 millimetres of the body, and cell phone manufacturers are only required to test exposure levels between 5 and 25mm from the body. These requirements, however, are also strongly disputed. Many believe them to be outdated or borne of false beliefs surrounding the risks of EMF. Our cell phone habits have changed dramatically since their introduction onto the market, with many carrying their phones in their pockets or, in some cases, their bras, and many storing them at their beside or under their pillow at night without disabling wireless features.

Similarly, levels of EMF emitted by the Samsung Galaxy S8 were recorded significantly higher than the standard.

These test results are shocking and offer further insight into the polarisation of those who continue to use their devices without cell phone radiation protection, and those who understand the risks. With information already buried beneath mainstream media, and false information being reported by cell phone manufacturers, the potential for a worldwide revolution in cell phone usage becomes far more remote.

What Does This Mean?

The FCC undertook their own investigation into the phones reported to have exceeded legal requirements for radiation, and in December published results that indicated levels that fell safely within the limit. However, law firm Fegen Scott responded by filing a lawsuit against Apple, which stated that they must begin testing their phones under use conditions more akin to our modern habits. They reported their own investigation yielded results similar to those provided by the Chicago Tribune.

It is vital that we take note of independent investigations, and the risks presented in their findings. We must remember the potentially outdated approach taken by the FCC toward usage habits, and the fact that, though firmly integrated within our everyday lives, cell phones remain a new technology. Much of the population has not faced lifelong exposure, and younger generations for whom smartphone technology has always existed remain too young for the potentially devastating consequences to become apparent.

Many of us cannot imagine life without our cell phones — particularly when we rely on them for work and socialising — which is why effective EMF protection is a necessity for anyone who owns or uses a device.

We are aware of the risks, but this recent investigation alludes to a far greater threat than many of us could have been aware of just a few months ago, and continuing to exercise strong caution when using our wireless devices is the only way we can protect our health and wellbeing in the future