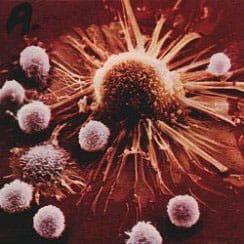 Cancer is THE word that is uttered in hushed tones. It’s a death sentence? Isn’t it? Those that suffer it could have it tattooed on their foreheads because it is how they become identified “Poor Joe with cancer”. Just the word terrifies the begeezers out of most people. But why? Is it because of their ignorance and their own mortality staring them in the face? But then it we are all going to die sooner or later – that’s the way we are made.

While we approach life as a victim then it is Cancer with a capitol C. When we take on the responsibility of accepting that we are in control of our lives then it is cancer with a little c. To take back our power we need to educate ourselves and this is exactly what the first Cancer Congress to be held in Auckland did.

I must admit that I wasn’t too enthusiastic about going. I thought it would be a bit dry and depressing if I’m absolutely honest but as EMF radiation plays such a big part in cancer I knew that we needed to be there. Oh boy was I wrong about – not only was I educated but I was amused, uplifted and enlightened. Cancer is NOT death sentence; unless you want it to be of course, after all we are the ones in control. There is lots of help and support for those that either don’t want to go down the allopathic path, or are but want to support their bodies while they are going through the harsh Allopathic regimes of chemo and/or radiation.

It felt so good to be part of this Cancer congress that put such a positive spin on what is usually such a dark, depressing subject. Of course our job was easy, the people there who were practitioners, cancer sufferers, carers and those who just wanted to know were either aware of the ways that EMF radiation causes cancer and prevents recovery or wanted to know. These were not the people who burying their heads in the sand in the hope that it will go away. Because it won’t of course. It will get worse as we invent more electrical toys and devices, cell phone towers spread like weeds and lots of money goes into the pockets of greedy uncaring corporations.

People are waking up as the Cancer congress proved they are looking at the research that has been and is being done on EMF and cancer. It has been proved that EMF/EMR radiation inhibits the production of melatonin and T cells necessary for sleep and the prevention of cancer. We didn’t have to convince them that they needed a solution to their EMF radiation problems, they were already looking for one. It was such a pleasure helping so many to make their lives, and health safer.

Thanks to all the lovely people we met, the organisers who did a great job, and the speakers that fully engaged me by taking the Capital C out of cancer.

Our late Dr Neil Cherry who did extensive and conclusive research on EMF said it all:

coincide with the range of frequencies used by our brains, hearts and cells. Subtly and

at extremely low intensities, they strongly interact, through resonant absorption, with

primary functions of our bodies with significant elevations in depression, sickness and

Click on this link to read the whole report: Evidence that Electromagnetic fields from high voltage power lines and in buildings, are hazardous to human health, especially to young children.

Be the first to comment “Cancer is it a death sentence?” Cancel reply