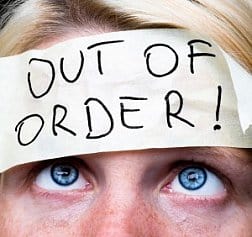 Poor memory used to be an old peoples thing. Not anymore. Forgetfulness seems to be the norm rather than the exception for all age groups nowadays. Is it because life is so busy that our brains don’t retain and remember? Maybe. But all the EMF radiation thrown at us from all directions is more likely the cause.

Let’s look at this realistically – if we are living in an Electromagnetic soup mix which our bodies, or more accurately our immune systems are battling, our personal energetic frequencies being jammed by and some of our glands being interfered with, isn’t it blatantly clear that our brains are going to malfunction to some extent. Memory loss, concentration difficulties, learning difficulties, even Alzheimer’s are the result.

Surely our common sense tells us that our brains and bodies can’t cope with this cacophony of EMF radiation, and science is backing us up with more and more research.

“Important regions of the brain necessary for learning, memory and other functions of the mammalian brain were impacted by the microwave radiation, including the hippocampus, cerebellum and frontal lobe, at exposures below the ICNIRP (International Commission on Non-Ionizing Radiation Protection) safety guidelines. A total of 143 proteins in the brain were impacted by the RF radiation over a period of 8 months, providing new evidence for a potential relationship between everyday cell phone use, wireless transmitters and wireless computer equipment and electrosensitivity symptoms, such as headaches, dizziness and sleep disorders, as well as with tumors, Alzheimer’s and even metabolic effects.”

Adamantia F. Fragopoulou, M.Sc., PhD Candidate, in the Dept of Cell Biology and Biophysics at University of Athens, Greece, lead author of the study, says,

“Our study is important because it shows for the first time protein changes in the mouse brain after EMF exposure and in particular in very crucial regions like hippocampus, cerebellum and frontal lobe, all involved in learning, memory and other complicated functions of the mammalian brain. We have demonstrated that 143 proteins are altered after electromagnetic radiation, including proteins that have been correlated so far with Alzheimer’s, glioblastoma, stress and metabolism. In its perspective, this study is anticipated to throw light in the understanding of such health effects like headaches, dizziness, sleep disorders, memory disorders, brain tumors, all of them related, to the function of the altered brain proteins.

“Until now there is limited evidence relating EMFs with the impact on specific brain proteins. Further analysis of the affected proteins as well as replicating the experiment under similar conditions (data presently under analysis) is expected to offer new insights explaining the overall effects.”

“A high throughput approach (mass characterization of biomolecules, similar to microarrays that analyze the total genes of an organism) as that of the Proteomics* has never been used so far in EMF research of BRAIN TISSUES following whole body exposure of model animals (mice) at SAR values below ICNIRP’s recommendations. It is also the first time that wireless DECT phones base radiation is involved in lab animal studies and specifically in such molecular effects. The message taken out of this work is that people should be very cautious when using mobile phones next to their body (especially next to their brain), whereas the wireless DECT should be located as far away as possible from places that people use to spend many hours a day, not to mention children of all ages.”

“The evidence for deregulation of proteins in the brain from whole body exposure to RF/MW radiation, such as the radiation emitted by cell phones, portable phones, wireless devices or ambient RF/MW from cell towers, whether proteins are up regulated or down regulated, is of great concern for its impact on children’s capacity to learn. “

The Fragopoulou et al. study increases scientists’ understanding of the mechanisms of action of microwave radiation’s effect on the brain by affecting changes in proteins and protein functioning.

Now we know why having a bad memory isn’t confined to seniors anymore!