Health Study of Wireless Radiation in Schools Mandated in Oregon 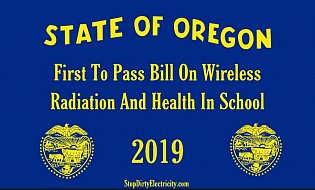 This is a first-of-its kind bill (at least in the U.S.) requiring the Oregon Health Authority to investigate the health effects of wireless radiation in schools and the Oregon Department of Education to recommend practices and alternative technologies that would reduce students’ exposure to radiation the health authority deems harmful. This is the first bill in the United State with a focus on the health impact of wireless radio frequency radiation in schools

The bill requires that the studies used have been independently funded and peer reviewed. Industry-funded studies, of which there are a plethora, are set up such that health effects will not be found. For instance, the length of daily exposure, the strength of the exposure, and the amount of time over which the study is run are all variables that can change the outcome of the study.

The issue has come to the fore as reports of cancer clusters in schools near cell towers and using wireless microwave technology, as faculty and students increasingly report being stricken with microwave sickness in schools, at alarming rates.

This bill is the result of work by tireless activist and parent David Morrison, who took up the cause when his daughter was welcomed back from Summer break by a newly mounted cell tower on the roof of her school. David’s dogged determination shows us that “If you persist, we can all create great change!”

Many others also joined his effort, and the bill was championed by legislator Laurie Monnes-Anderson, Chair of the Oregon Senate Health Committee. Laurie endured ridicule and disrespect from other lawmakers for championing this bill and even had a tinfoil hat placed on her desk by a fellow legislator, to which she just laughed. In the end almost every legislator voted for the bill passing 50-8 vote in the house. 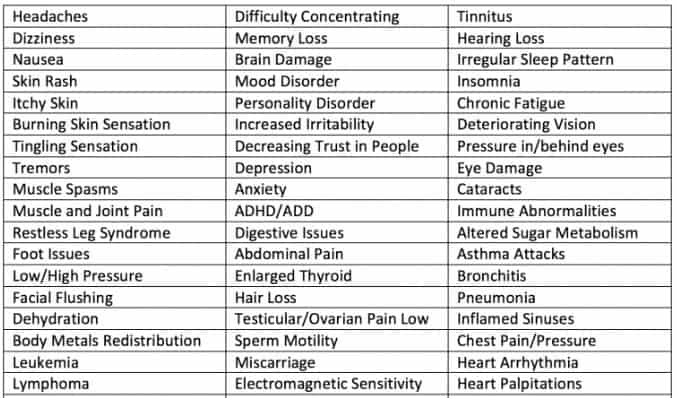 The countries of Cyprus, France, Belgium and Israel are among the countries that have banned Wi-Fi in classrooms for young children and/or taken major measures to reduce radiation exposure

Holidays are a great time to self-heal with Scalar waves