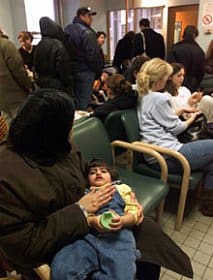 Every day the swine flu virus is in the news. Governments are talking compulsory vaccinations. Swine flu has reached pandemic proportions we’re told. Are you a afraid – very afraid. Of catching it? Or are you sick of hearing about it?

Well can you bare to listen to just one more story? Not from the media. Not speculation. Nor tittle-tattle. This is a true real life story about swine flu and my family. Are you sitting comfortably?

It’s about Tim, my son in the UK, who I was told was sick. Very sick and getting worse. So sick in fact that his wife (my lovely daughter-in-law) Jo called the emergency service. They thought his condition was so serious that they sent a doctor. After his examination the doctor said “It could be Swine flu Tim. I am referring you to the hospital”.

What! that’s scary. So Tim and Jo went immediately. Tim crawled into the car. He could hardly stand. But Swine Flu? That’s very serious. They knew it was. Everyone is talking about Swine flu with the same fear as Cancer. People die from it. And unlike cancer It’s highly infectious. Isn’t this what is constantly being drummed into us?

At the Hospital’s Emergency Department there was the usual procedure. Doctors letter given to receptionist. Form to fill in given to patient. And then? They were told to go and wait in the waiting room!

“A waiting room” – full of people!

“But”, Jo protested “It could be swine flu”

“We’re very busy you’ll have to wait” was the command.

And they were. The waiting room was heaving. There were broken bones, broken skin dripping blood, babies crying,old people moaning, sports injuries,head injuries, play ground injuries, eye injuries, careless injuries, battle scars. there was not even one chair to spare.

Now if you have ever had the flu be it swine or any other flu virus you will know that the only thing you are capable of doing is lying down. So standing is almost impossible to do.Jo was besides herself. Protective of her sick love she screamed for a chair.

Eventually a chair appeared. just the one. She stood. For over an hour they waited. Tim breathing his “Swine” flu infection all over the young, old and every one in between.

Surely there’s a more or less isolated corner for them to wait in? Hospitals have all sorts of nooks and crannies off corridors designed like maizes! Anyway haven’t the hospital staff seen all the advertisements “To wash your hands because Swine Flu is catching”?

Tim was admitted eventually into an isolation ward. Strictly no admittance without a mask and gown. Tests were taken. These proved that it was the flu virus that was making him so ill – but the not of the swine variety.

Not that the strain makes any difference at the end of the day does it – all are equally nasty and are potential killers. The only difference is if a flu strain has a vaccine linked to it that will make mega money! So that one is for sale with rigorous marketing.

Sadly we are all pawns in the material health game. Even more sadly we are betrayed by those we turn to for help. The ones we need when we are at our most vulnerable. But the very saddest thing is that we are treated as expendable idiots. 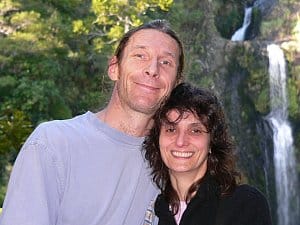 Wonderful news:Tim is much better. And – Jo is calming down!

Fear – Time for some new choices.

Be the first to comment “Is Swine flu a Joke? – please stop treating us like idiots.” Cancel reply