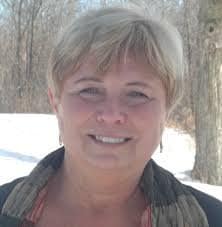 Dr Havas is considered to be one of the world’s experts on EMR.  She is scientist, a professor at Trent University and an environmental toxicologist.

She started getting interested in EMF when she heard about childhood leukemia and how children that lived near power lines had a greater risk of developing this form of cancer. She wanted to introduce it into her course at the University as it already included looking at DDRs, PCBs, arsenic, acid rain and many other chemical contaminates. She wanted to reduce EMR fields and to learn as much as she could so she could teach it efficiently to her students.

She noticed that some people having been exposed to large amounts of EMF had developed a sensitivity to it in their environment or they had other conditions that predisposed them to the sensitivity.

Looking at the symptoms, a very large percentage of them are the symptoms we develop as we are aging. They included chronic pain, chronic fatigue, difficulty sleeping, concentration problems, mood disorders – either an increase in depressive symptoms or high levels of anxiety and difficulty with short-term memory. A lot of these symptoms tend to be more common amongst the elderly.

Most scientists refer to this sensitivity as Electro Hypersensitivity but Dr Havas thought a more descriptive term would be RAS – Rapid Aging Syndrome. This is because what is happening to us is that if we develop a sensitivity to EMR our bodies are under stress and they are unable to recover during the night when these levels of EMR are present in the bedrooms of most homes. This means our bodies are not able to recover and basically they are degenerating and she feels this is an aging process because it happens a lot quicker that it would under normal circumstances.

Warning Signs that Wi-Fi / Cellular Radiation is affecting your health.