A Brief History of Life-Energy 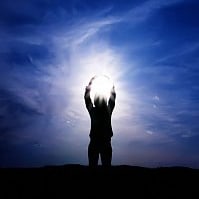 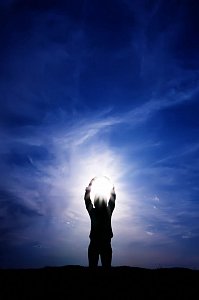 If your cultural roots are in the east you will know all about life-energy. You will probably know it as chi, ki, or prana. Either way, you will have a few thousand years of understanding behind you including how to manipulate it for healing and even self protection.

In the west we are lagging behind a little bit.

In the 1940’s Wilhelm Reich “discovered” life-energy and called it orgone. He did some great work on ways to manipulate orgone to which our products are heavily indebted. But the western establishment did not embrace his work with an “Ah, this is what the Chinese have been talking about for all these years”. No, Mr. Reich strayed into some very politically sensitive areas when he used his orgone accumulators (boxes designed to concentrate life energy in the patient) to cure his patients of advanced stages of cancer and used his cloud busters to control the local weather. They quickly found an excuse to put him away, throw away the key, and tried to bury his work- keeping western understanding of life energy in the dark for another four decades or so (work was still going on in Russia thanks to Dr. Nikolai Kozyrev but this was only declassified with the fall of the Soviet Union in 1991).

Truth, I see, is like polystyrene balls in a pond. No matter how hard you try to sink them, eventually they will find their way to the surface. It was in the 1970s when westerners started to embrace the eastern arts in a big way. Suddenly we were having acupuncture and Reiki healing. We were learning martial arts like Tai Chi and Aikido that showed us how to control the flow of life-energy through our bodies. In this climate of discovery it wasn’t long before Reich’s work was rediscovered and even improved upon (more about this here).

If you believe in life-energy, orgone, chi, ki, or prana ,chances are you will be classified as a card-carrying member of the “alternative set” or a “new-ager”. But the interesting thing is that some of the people making this classification will happily be discussing the work of the quantum physicists and reading about “dark matter” “vacuum flux” or “zero point energy”. Could it be that these are different names for the same stuff? Many open-minded people are reaching this conclusion. Could it be that we could swap dictionaries, share stories and enter a new age of understanding about the main building block of life as we know it?

I see exciting possibilities ahead!

The secret that makes “The Secret” work

Be the first to comment “A Brief History of Life-Energy”