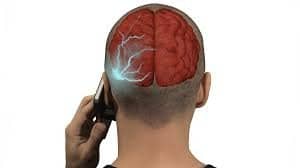 In recent human history it is very common that we think that something introduced into our global society, isn’t harmful only to find out, in the years ahead, that this is not the case and it is very damaging to our lives and health.  The obvious example being cigarettes.

In today’s world our children are born into a society that introduces them to the wonders of technology such as cell phones and computers at a very early age. With the first generation of cell phone users now into adulthood, this technology has not been around long enough for us to see fully what lasting harm they cause.  But there is more and more evidence coming to light validating the concerns we have about cell phones.

In a recent clinical study a report titled EEG Changes Due to Experimentally Induced 3g Mobile Phone Radiation (http://www.ncbi.nlm.nih.gov/pmc/articles/PMC4459698/) was published in PL0S One, revealing how the brain activity is disrupted in numerous ways by cell phone technology.  It concluded:

“Significant radiation effects were found for the alpha, slowbeta fastbeta, and gamma bands.  The results support the notion that EEG alterations are associated with mobile phone usage and that the effect is dependent on site of placement.”

The study did mention that:-

“further studies are required to demonstrate the physiological relevance of these findings, but the fact that a cell phone can do this to one’s brain wave activity is alarming. These devices are powerful, and electrophysiological changes occurred in nearly the entire brain’s structure/function”

“Even though it is now common knowledge that cell phone radiation is powerful enough to disrupt sensitive equipment within an airplane (think: airplane mode) or hospital, there is still resistance to acknowledging it may adversely affect the human brain, an electrical impulse sensitive organ.”

Even though the fact that many scientists from all over the globe have warned, and continue to warn us of the danger, and International appeals to the United Nations to consider the dangers of devices emitting electromagnetic frequencies, have been made there is still a resistance, which does not make any sense!

Radio frequency fields (including those from cell phones) were classified as a possible carcinogen in 2011 by the International Agency for Research on Cancer (IARC). Also the World Health Organization (WHO) admitted that cancer may be caused by cell phone radiation.  This statement made by a team of 31 scientists from 14 different countries resulted from a cumulative decision after reviewing the evidence available.

If you think about the young people in our world, it’s truly distressing to know that a child’s brain absorbs cell phone radiation more quickly than the brain of an adult. Clearly, more work needs to be done in this area so we can have all the facts and make informed decisions accordingly.