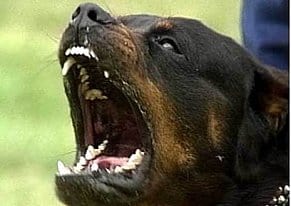 All dogs are different. They have the basic instincts of the breed, and then there is way they are treated and trained. It’s not fair to judge them as all the same.

When Jackie, first a customer and then a friend from way back, bought a Rottweiler puppy he knew of their reputation. After all the breed had been originally used hundreds of years ago to guard sheep from bears and other such animals. So he got a Natty Pet for him.*

Jackie’s dog grew – a placid family pet. He played happily with Jackie’s young son. When the dog developed a rash on his neck his collar had to be removed to treat it – so the Natty Pet that was attached to it also came off too.

The dog changed. There was a complaint from a neighbour about him jumping up against the fence barking. They were afraid. And annoyed by it. But – He’d never done anything like it before?

Grooming had been a regular event in the dog’s life and always by the same groomer. They knew him well. When taken for his customary spruce up still with the rash and without his collar and Natty pet all seemed pretty routine until a woman opened the door and walked into the room. The dog, who was standing on the table, started to snarl, his hairs rising. The dog was preparing to attack. He was about to jump. The woman stopped in her tracks terrified. It was only the groomer’s quick and experienced reaction to this that saved the day. Everyone was shook up, how could such a well behaved, loveable dog have changed – just like that? 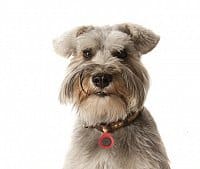 Jackie who understands and has used our products since our beginnings put the Natty Pet back on the dog immediately. His beloved dog has become calm, gentle and trustworthy once again.

Thanks to Jackie and his wife for sharing this experience with us.

*The Natty Pet not only keeps all pets well, calm and balanced it protects them from EMF which is as harmful to animals as it is to us human beings.

Public protest against 5G technology installation and its health risks